Yesterday in Brussels, Ursula von der Leyen’s EU Commission failed in its bid to impose severe energy reductions on EU member countries as a result of the over-reliance of some EU countries on Russian gas, which has now been cut by 80%.

As a result of Brexit, the United Kingdom has escaped this threat.

Germany must now get out its greatcoats and prepare for winter 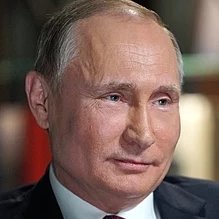 The EU’s largest economy, Germany, is the biggest customer for President Putin and his Gazprom gas supply company.

In addition, according to the official figures from the EU’s statistics agency Germany consumes more than one-fifth of the entire amount of electricity supply in the EU.

If the new German Chancellor Olaf Scholz thought that all the other EU member countries would roll over and agree to the plans from (German) EU Commission President Ursula von der Leyen for compulsory gas cuts, he was going to be disappointed.

In our report below, prepared in association with our affiliated organisation Facts4EU.Org, CIBUK.Org reveals the extraordinary facts about electricity consumption in the EU, using official data obtained from the EU Commission’s statistics agency.

Latest official figures for 2020, starting with some background 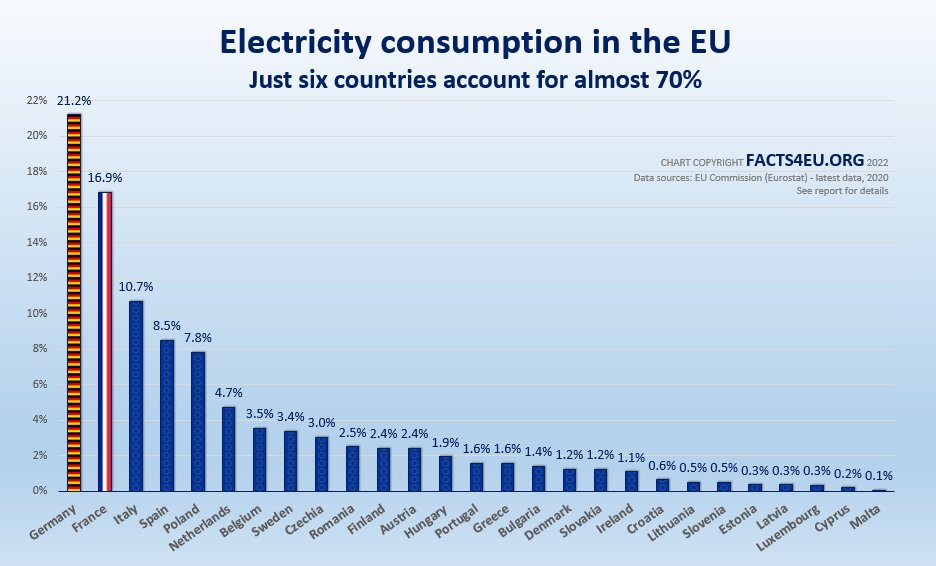 Always look behind the EU’s propaganda

Reading both the EU Commission’s and EU Council’s statements released yesterday on the new agreement, readers could be forgiven for thinking all is sweetness and light in the EU.

The reality is rather different. Firstly, the disagreements were such that there is still no agreed text from the EU Council.

“The text agreed today will be formally adopted through a written procedure. The written procedure will be launched and concluded in the days to come, following technical revisions of the text.”

Secondly the EU member countries refused to allow the EU Commission to issue a ‘mandatory directive’ on the reduction in energy consumption. Instead this is now the prerogative of the EU Council of 27 national leaders and only if there is deemed to be an emergency.

Finally, it’s clear that many countries disagreed and have been exempted from the plan, or will have ‘derogations’ from it. We don’t yet know which countries but it’s clear there will be quite a list.

In plain English this is a typical EU fudge.

Here is what the EU Council said yesterday

“In an effort to increase EU security of energy supply, member states today reached a political agreement on a voluntary reduction of natural gas demand by 15% this winter. The Council regulation also foresees the possibility to trigger a ‘Union alert’ on security of supply, in which case the gas demand reduction would become mandatory.”

“Whereas all EU countries will use their best efforts to meet the reductions, the Council specified some exemptions and possibilities to request a derogation from the mandatory reduction target, in order to reflect the particular situations of member states and ensure that the gas reductions are effective in increasing security of supply in the EU.”

The EU Council goes on at length about this and if readers wish they can read the latest statement here.