With inflation at over 20% in some EU countries, where’s the BBC’s report?

When UK inflation briefly went over 10% in July, the BBC was all over it like a rash

On either measure of inflation, Brexit Britain is doing better than the EU average. Facts4EU.Org exposes the roaring inflation in some EU countries.

1. The BBC’s measure for inflation – CPI

2. The EU’s worst 10 countries with a ‘cost of living crisis’, compared with the UK 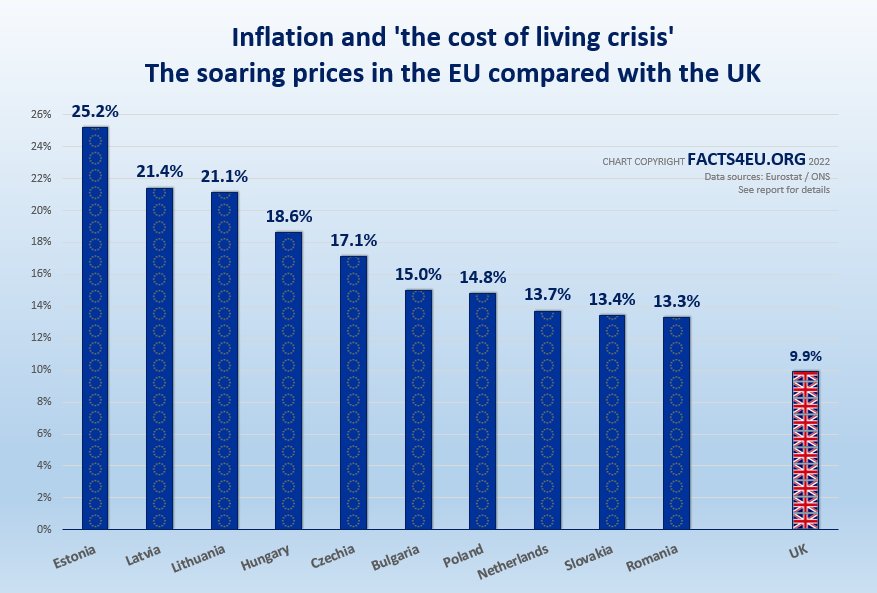 3. When it comes to the UK’s official measure of inflation – CPIH – this stands at 8.8%

The official inflation rate in the EU has been published for the month of August. The average stands at 10.1%. In the UK it was 9.9%. Both numbers are high, but the EU’s rate is worse than the UK’s.

When the UK’s CPI inflation rate tipped briefly into double figures (10.1%) in July, the BBC gave this news major prominence. This rate has now fallen back into single figures, although further price pressures are likely.

When the EU’s CPI inflation rate went over the 10% mark in August, however, the BBC went silent.

For the original version of this article, click here: https://facts4eu.org/news/2022_sep_eu_prices_crisis