After PM’s visit, India agrees to target a trade deal with UK by October

At the end of last week while ‘Partygate’ was rumbling on in the UK, Prime Minister Boris Johnson was on a pre-planned visit to India, drumming up trade and agreeing new defence and security cooperation.

The production of this report has involved significant and original research from official sources. The results are firstly summarised for those short on time, then more detail is provided below.

India – Why it’s important to a newly independent United Kingdom

In India’s 75th year of independence from the UK, what follows is Part One of a special series on the sub-continent’s largest player. We look at what happened last week, why it’s important, and what the future might bring – now that the UK is out of the EU.

The Prime Minister, speaking in New Delhi on Friday 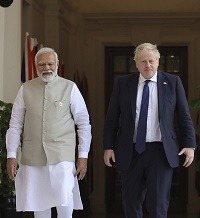 “So as India celebrates its 75th year of independence, I am filled with optimism about the years ahead and the depth of the friendship between our countries, and the security and prosperity that our partnership can deliver for our people for generations to come.”

The EU and India – what if the UK had still been in the EU?

The EU launched negotiations for a free trade agreement (FTA) with India in June 2007 – 15 years ago. These came to a de facto standstill in 2013.

According to the latest information from the EU dated February 2022: “No date has been fixed yet for any of the negotiation tracks.” In other words, no actual achievement from the EU in 15 years.

While the UK was an EU member it was forbidden from conducting its own trade negotiations with other countries. Now all that has changed, thanks to Brexit.

The Indian Prime Minister, speaking in New Delhi on Friday 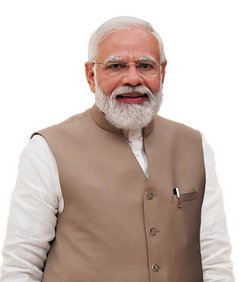 “For the past several years, Prime Minister Johnson has played a very important role in strengthening the relations between India and the UK. At the time when India is celebrating the Amrit Mahotsav of its independence, Prime Minister Boris Johnson’s visit is a historic moment in itself. And yesterday, the whole of India saw that you started your visit to India by paying homage to Mahatma Gandhi at Sabarmati Ashram.

By contrast with the EU, the UK and Indian governments started trade talks in January of this year. On Friday Boris Johnson and Indian PM Modi agreed to fast-track a trade deal to be completed by the start of the Indian holy festival of Diwali, in October 2022.

Whilst we confidently predict this will never happen in that challenging timeframe, nevertheless it is clear that both parties are enthusiastic. Four chapters of the FTA have already been agreed. Even if the deal is not agreed in nine months, it cannot possibly take longer than the 15 years the EU has taken to achieve nothing. Below we show the details of existing trade and what came out of the PM’s visit at the end of last week.

Details of trade, negotiations, defence, and Memorandums of Understanding

4. Memorandums of Understanding (MoU’s) exchanged during the official visit of PM to India