Home » Articles News from CIB Other European nations The EU

The EU has a drink problem – official 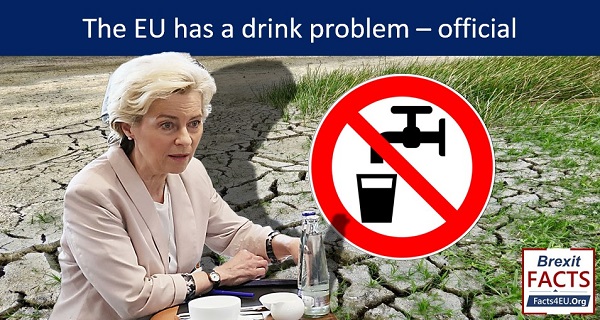 From the EU’s far west to the east, draconian measures have been introduced

A CIBUK.Org and Facts4EU.Org report to take your mind off Westminster and into (shallow) water

Large parts of the EU now officially have a drink problem. We reveal the extent of the affliction across many EU countries.

Large parts of the EU are running dry 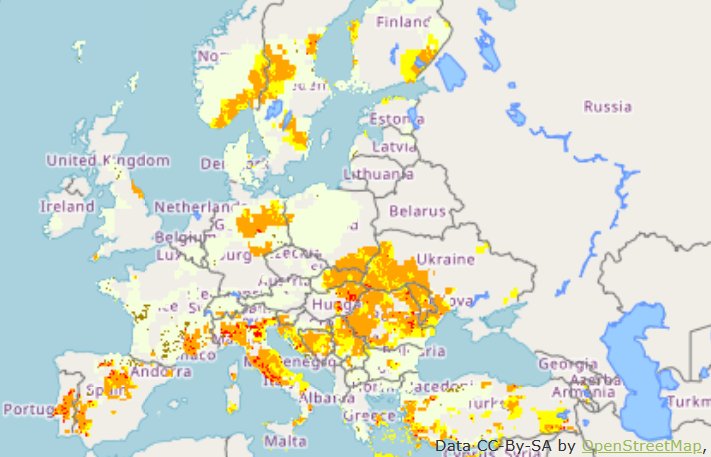 Large parts of the EU are now at crisis levels

British people are familiar with occasional hosepipe bans in a dry year but the situation across large swathes of southern Europe have reached crisis levels.

Water is an essential commodity. Imagine going to your kitchen tap in the heat of the day in Catalonia, Spain, for a glass of water. Nothing comes out. The water supply is turned off each day from 10am. You have to wait until 8pm in the evening to quench your thirst.

From Portugal in the west to Italy in the east, the southern countries of the EU are experiencing severe problems in supplying drinking water to their people.

According to the EU’s ‘European Environment Agency’ (EEA) the public only consume 9% of the total water supply. The rest is used commercially – mainly for agriculture.

In five regions of northern Italy a state of emergency has now been declared. The situation is so bad that water rationing is in place in over 100 towns and cities. Over on the other side of the EU, Portugal’s government ordered the effective closure of its hydroelectric power plants, allowing them to operate for only two hours per week.

Agriculture is now suffering, with many Spanish farmers having to cope with only half their usual supply of water to irrigate their crops. Given that Spain is the EU’s largest agricultural economy, and given the already dire state of food costs due to Putin’s war in Ukraine, this can only feed food price inflation in the EU.

Water regulation by the bureaucrats of Brussels

For decades the EU Commission has been heavily involved in ‘water quality’. Not only does it have the ‘European Environment Agency’ but there is also the ‘Joint Research Centre’, the ‘Copernicus Emergency Management Service’, and the ‘Global Drought Observatory’. We have of course reviewed their output.

As with many parts of the EU Commission’s increasing involvement in every aspect of daily life in the EU, hundreds of Directives and Rules have cascaded down to member countries about water and how it must be managed. 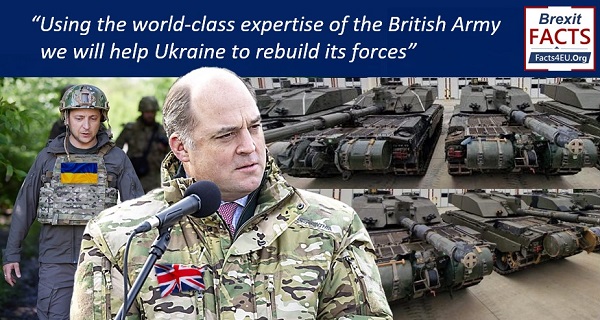 Ukraine latest: The UK will soon have trained the equivalent of half the British Army 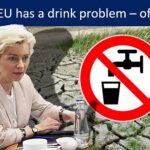 The EU has a drink problem – official