Campaigns launch to show the great positives of Brexit

As the country emerges from two long years of Covid, Brexiteers are coming together to refocus the Government’s attention on maximising the opportunities presented by our departure from the European Union.

Under the auspices of the Campaign for an Independent Britain (CIB), the UK’s longest-standing Eurosceptic movement, two campaigns are being launched: the Clear Water Campaign and the Rebuttal Unit. 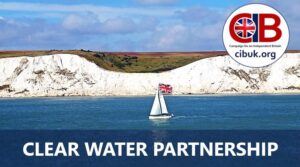 The campaign’s core mission is to highlight the UK’s immediate record of achievement and success following Brexit, and, looking forward, to focus on the future opportunities now available to a fully independent Britain as a result of our departure from the European Union. 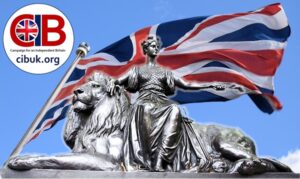 Since 2016 the media narrative has been driven by those unable to reconcile themselves with the democratic decision to leave the EU. Bad news is amplified and good news is ignored.

The Rebuttal Unit will draw on experienced practitioners who are expert in their field, to counter the litany of false claims and mis-leading assertions with established fact and empirical evidence.

On behalf of the Clearwater Partnership we are delighted to promote the first in a series of editorial articles on public policy in Britain following our departure from the European Union.

We begin with Defence & Security and look at Britain’s unique contribution to the crisis in Ukraine as a sovereign state operating beneath the NATO umbrella. In the weeks and months to follow we will be covering other priority areas including the Cost of Living, Freeports and Democracy.

We would like to extend special thanks to our sister organisation Facts4EU.org for their painstaking research over many years in making the case for Britain’s departure from the EU and upon which the rest of us depend.

Britain’s independent defence policy and leading edge defence resources, free of our EU shackles, have been globally recognised as leading the Western world in its support for Ukraine. Brexit is actually protecting Europe, as the Continent struggles with new challenges and differing views on an existential crisis.

Here is our first report on this: Clear Water Partnership defence report 1

We’ll be bringing you more exciting news about these two new CIBUK initiatives in the coming days.