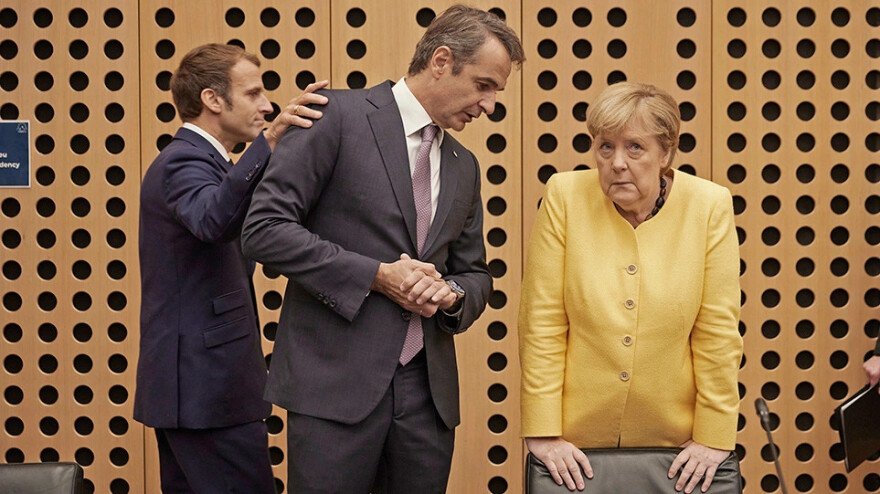 The EU was supposedly set up to resolve outstanding problems between member states, particularly those arising from the war.

Here is a reminder that, after  over seventy five years, Germany has still failed to live up to its obligations to Greece.*

This is a dialogue that never took place, but if it had, this how it might have developed…

Kyriakos:  And now that we have finished discussing Greek-Turkish relations and European issues, let us deal, dear Angela, with a very serious aspect of our bilateral relations. It concerns the destruction caused by your country to Greece from 1941 to 1944.I will just mention a few facts that we must remember: The total population of the country during WW2 was reduced by 13.5% and Wehrmacht destroyed about 1770 towns and villages during the occupation .Until now Germany has been quiet on this issue. Don’t you think that it’s about time,80 years after this catastrophe,  for the German government to assume its share of responsibilities on this issue?

In 1946 we submitted officially to the German government a list of antiquities that had been stolen by the German army during the occupation. This list contains 8500 movable items. It’s quite a number isn’t it? They were never returned to us and they appear in museums, auctions and private collections. We want them back my dear Angela, they are part of our civilization, our history, they belong to us.

I am sorry to speak to you like that but yesterday when you arrived we were celebrating the OXI * that we said to the Italians in 1940 and we entered into the second World War .So I thought that it was the right moment for my people to clearly hear some bitter truths and also to be informed on the intentions of the government to claim our rights. We have not resigned from any war reparations or indemnities.

You know very well that the allied Conference of Paris (November 1945-January 1946) agreed to the amount of 7,181 billion dollars (at the purchasing value of 1938) for the reparations of the Federal Republic of Germany to Greece (this amount does not include the occupation loan and the archaeological and cultural goods that had been stolen).

While Italy and Bulgaria paid their debt towards Greece, your country has not paid its obligations. You have been  always rejecting our requests to start negotiations between the two sides using various excuses.

Most recently your Ministry of Foreign Affairs has been invoking the 2+4 Treaty (Moscow 1990) claiming that this Treaty has settled all the issues of reparations in a comprehensive and total matter.

But you know Angela that it’s not like that since the Scientific Service of the of the Federal Parliament does not agree with your Government. In its opinion that was published in 2019 it is mentioned that “Greece had never resigned from its demands vis-à-vis Germany “.Regarding the 2+4 Treaty the Scientific Committee writes that “reparations are not mentioned in the text of the Treaty. Greece as a third country  that did not participate in the formulation of the Treaty should have agreed explicitly to the disadvantages that concerned it”. In any case Greece is not bound by an Agreement in which it did not participate, did not sign or ratify..

In a nutshell Angela the demands of Greece  vis-à-vis Germany concern:

Can you imagine that had you paid us the 400 billion euros from the obligatory loan, my people would  not have been submitted  το the poverty caused by the memoranda  that you imposed upon us. You also acknowledged the mistakes made on implementing the memoranda.

I listened carefully to what you said on the necessity to continue the dialogue with Turkey but I did not hear you supporting the opening of a dialogue with Greece.

You have rejected four verbal notes that we had sent you asking for  the opening  of negotiations for war reparations and the return of the obligatory loan. Why?

If justice prevails, the bilateral relations between Greece and Germany will be enhanced, and the souls of those killed will at last rest in peace. This will also send a strong and permanent message against fascism which is something that you also strongly want.

I am sorry Angela, if I spoke too much. I wanted, as you can understand, to take advantage of the publicity that your visit to my country has created, to inform indirectly the German people about how relations between us really are. Because German citizens, based on misinformation provided to them, believe that Greeks are lazy and thus working against the interests of the Germans. Can you imagine how autonomous and independent we would be today had we received  the 400 billion euros from the occupation loan. That’s all I had to say and with pleasure I would like to hear you now

Angela: Kyriakos you should have told me all this earlier. Two months ago I received a letter from five Greek organizations mentioning exactly these issues. You are right about what we owe you.

When I hand over the Chancellery to my successor, I will inform  him about this serious matter that preoccupies Greece and I will propose that negotiations with Greece be opened. It is the only thing that I can now do. But from your part don’t forget this issue and insist on it.

* OXI is the Greek word for NO . It was the sole response of the Greek government to the demands of Mussolini who then invaded Greece and was defeated. His German ally had to do the job for him. The Greeks have celebrated NO day ever since.

The Greek letter X is pronounced more or less as the ch in the Scottish word loch. 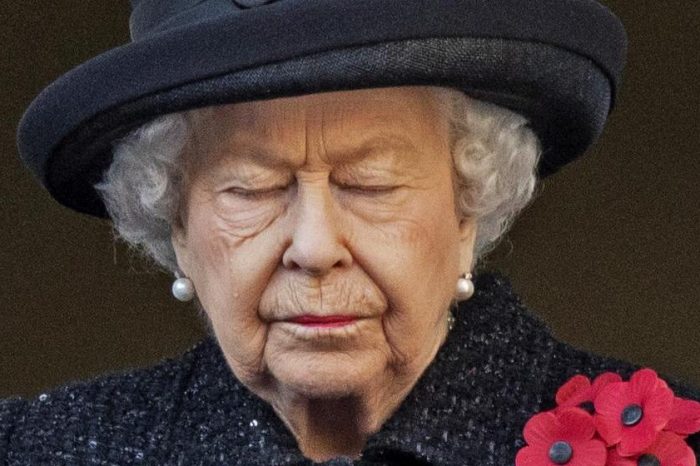 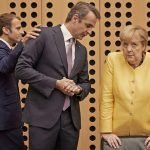