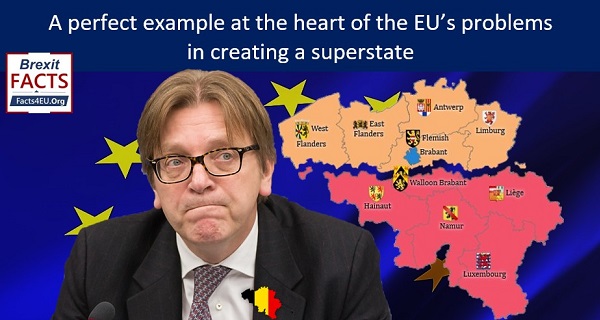 The EU constantly tries to present itself in a positive light, as a ‘Europe’ that is unified and more effective as an increasingly federalised and centralised state.

‘Europe’ is of course a continent of some 50+ countries (according to varying international definitions) and the word has been wholly misappropriated by the EU. This is why we constantly correct ‘Europe’ or ‘European’ to ‘EU’ when writing about their various institutions.

In this report, we look at just one iconic example of the problems besetting the EU apparachiks as they rush ever closer towards a single EU superstate. 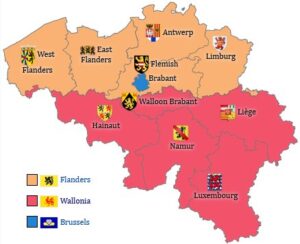 In many ways Belgium is a totemic symbol of the deep problems facing EU globalists as they attempt to unify 27 countries into one superstate.

Home to the EU Commission, the EU Council, and countless other EU institutions, Belgium’s capital city Brussels is situated in a country divided into two. So much so, the city of Brussels itself has even had to be declared as a third ‘region’ of that country.

Belgium is a small country: the basic facts about this EU country – the EU Commission’s seat of power 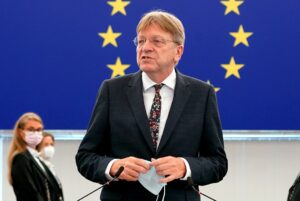 Following their 2010 general election it took the Belgians 1½ years to form a national government. Any attempt to explain Belgian governance would take longer than it would take to walk across Belgium.

It’s possible that Belgium’s most famous export is now its former Prime Minister – one Guy Maurice Marie Louise Verhofstadt MEP, beloved of the UK’s Rejoiners and mocked by British Brexiteers. 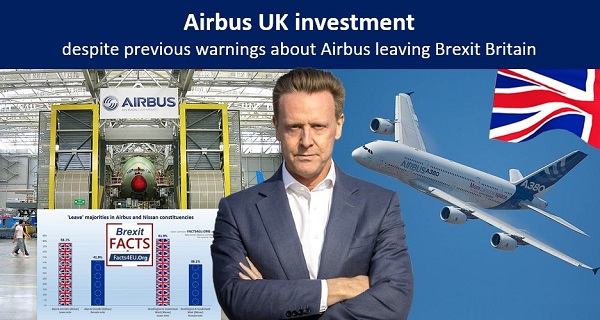