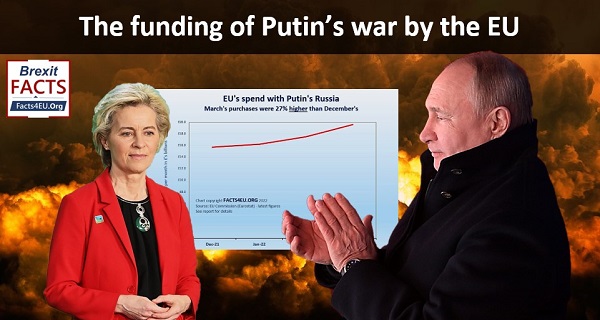 Since Putin started amassing his troops, EU has been spending more on Russian imports

The UK has reduced its spending by 63% compared to December

Shocking news for Ukraine: Facts4EU.Org’s analysis for CIBUK
of the raw, official trade data for the latest four months

Waging war is expensive. In today’s exclusive report, CIBUK in association with the Facts4EU.Org think tank can reveal how the EU has increased the funding available to President Putin to finance the devastation he is wreaking on Ukraine.

We also show how the newly independent United Kingdom has done the opposite.

We have analysed the official, raw trade data from the EU Commission and from the UK’s Office for National Statistics for the latest four months since Putin started massing his troops. In the case of the EU27, the results are chilling for the beleaguered people of Ukraine.

1. The EU’s monthly purchases from the Russian Federation since Dec 2021 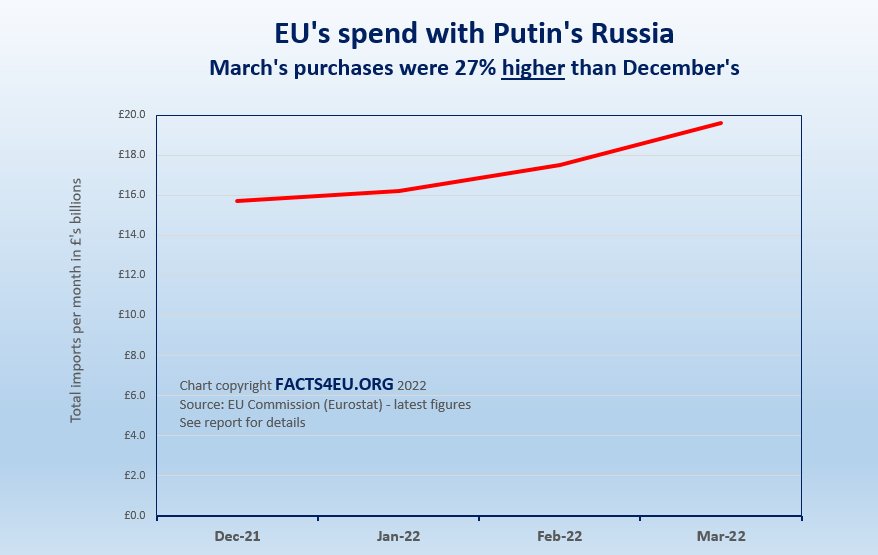 2. The United Kingdom’s monthly purchases from the Russian Federation since Dec 2021 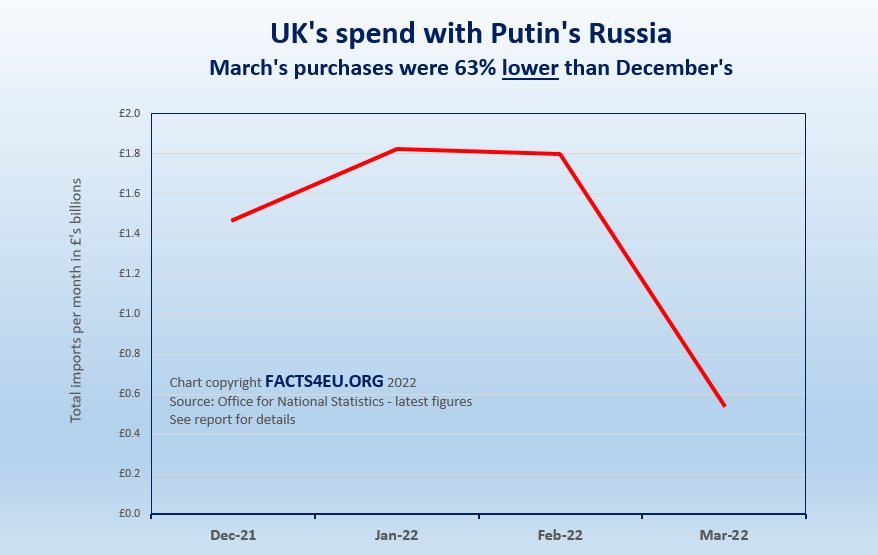 The funding of Putin’s war by the EU 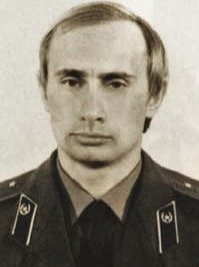 In December last year the British, US, and Ukrainian intelligence services were warning about President Putin massing his forces on Ukraine’s borders. This continued into January this year and – despite his constant denials – in February he ordered his forces to invade.

With thousands of innocent civilians in Ukraine dying or being maimed and injured, it might seem cold to look at the financial aspects. However without the means of funding his illegal invasion (and subsequent war crimes) President Putin would not have been able to start his atrocities.

The EU does not come out of this analysis well.

Photo: Putin in his KGB days

Despite the continual stream of announcements of ‘economic sanctions’ from the EU Commission and EU Council, (they have just announced their sixth ‘package’), it is astonishing to find that the EU has actually been increasing its spending with Russia. On top of this, parts of the latest EU sanctions package still have the end of 2022 as their start date.

At the same time, the newly independent United Kingdom has now massively reduced its spending with Russia in short order.

These missile launchers come on top of all the military equipment the UK has already sent to Ukraine since Russia first invaded Crimea in 2014.

The M270 is equipped with a launch system mounted on tracks and can fire a variety of 227mm missiles, including high-precision and short-range ballistic missiles of the ATACMS army tactical missile system. It is operated by 26 Regiment Royal Artillery from Larkhill, Wiltshire and 101 Regiment RA (Reserves) of Gateshead, Tyne & Wear. 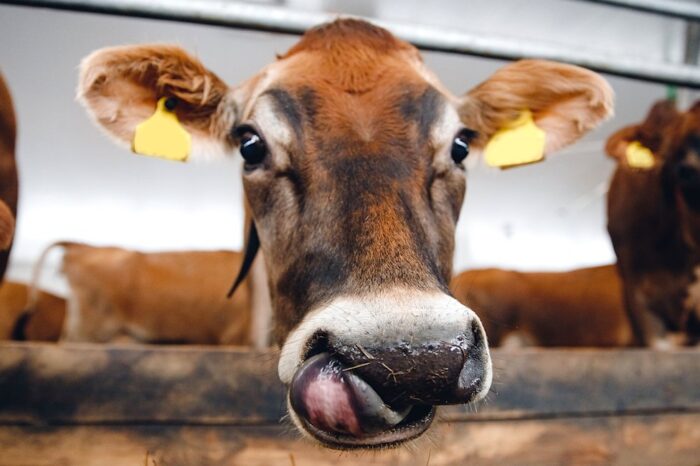 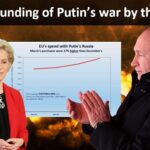