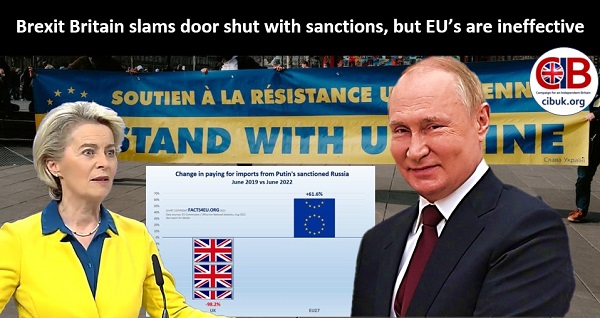 This report has been co-published with our affiliated organisation, Brexit Facts4EU.Org. We are most grateful for their original research into the raw data which backs what follows.

EU27 continue to fund Putin’s war with £15bn per month

The contrast could not be greater:  while the EU paid £15bn to Russia for goods in June, the UK paid only £0.03bn.

Exclusive research undertaken by CIBUK and our affiliate Facts4EU reveals the alarming and continuing flow of funds from the EU to the Putin regime even as the UK reduces theirs to a trickle.

CIBUK exposes the shocking disparity between the EU’s sanctions on Putin’s Russia, compared with that of the UK.

Payments for goods from Russia, June 2022 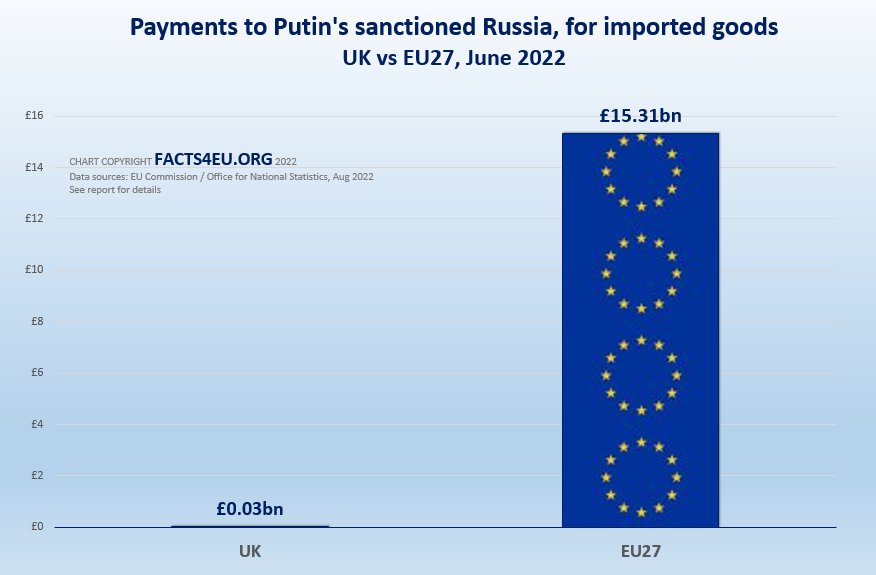 UK vs EU:  Percentage Change in payments to Russia 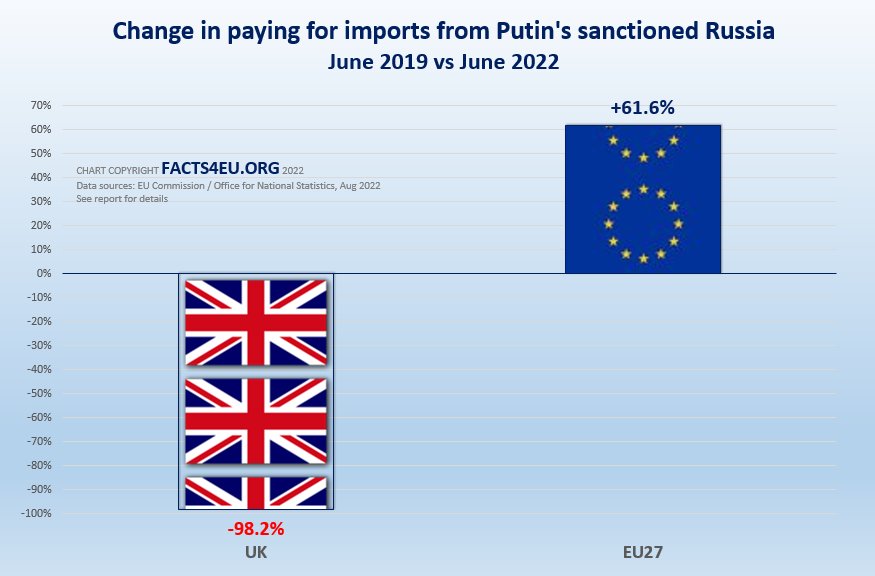 On imports the change could not be starker.

Compare and contrast with the actions taken by Brexit Britain:

Consider the bare facts:  The EU27 are spending 62% more with Russia than they did before the Covid pandemic.

Part of this is down to their dependence on Russian gas which we now know to have been a huge geo-strategic mistake and from which they should have weaned themselves off years ago.

Conversely the newly-independent United Kingdom has been free to act – and act it has done. Putin’s Russia is now receiving only 2% of what they were receiving from the UK, pre-pandemic. With the UK being the fifth-largest economy in the world this is significant.

Meanwhile Putin is still able to fund his illegal invasion of Ukraine, courtesy of more than €18bn euros per month being received from the EU27.

For the original version of this article, click here: https://facts4eu.org/news/2022_aug_eu_funding_putin 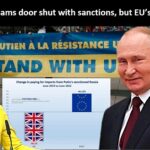