Home » Other European nations The EU 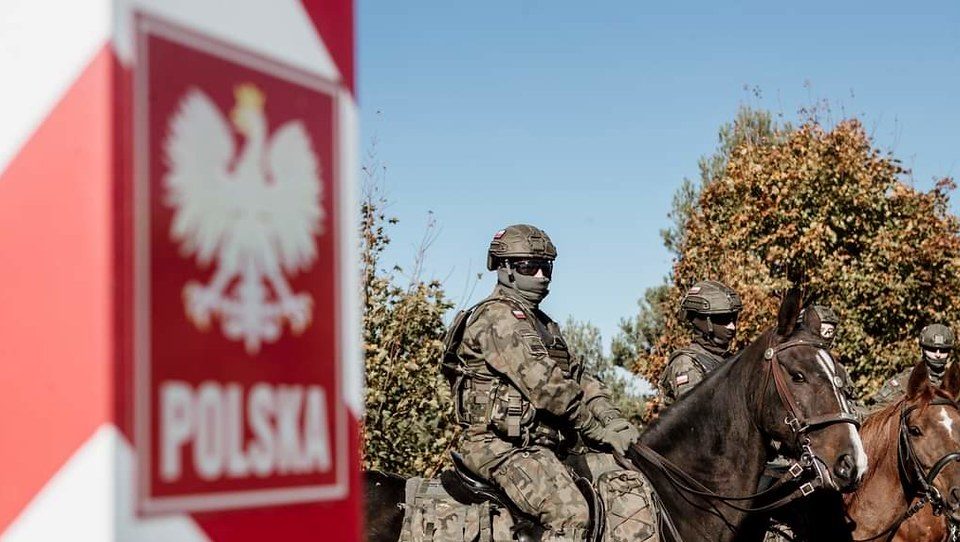 During the commemoration of our war dead on Armistice Day November 11th and Remembrance Sunday, our attention was diverted from the situation in Poland where November 11th is also the day when the Polish people celebrate their independence. Indeed they celebrate the reappearance of Poland on the political map of Europe on 11th November 1918, from which it had disappeared over a century before when the Polish territories were divided between Russia, Prussia and the Austrian Empire – but not the spirit of the Polish people!

This reminded me of an incident back in 2004 when Poland joined the EU. Local authorities in Nottinghamshire organised a celebration for this event, inviting a delegation of Polish Councillors to welcome them into the EU. A number of us independence campaigners, including George West and I, decided to attend. I need hardly say that we were about as welcome to the authorities as the proverbial pork chop at a Bar Mitzvah but it was a public event so the Council could not exclude us.

We were, of course, genuinely welcoming to the Polish delegation and glad that they were now free to visit our country, having secured their liberation from the Soviet Union’s Warsaw pact. Many of us expressed our gratitude to the Poles who had fought alongside us in the RAF and the Polish forces against the evil of Nazi rule.

We wished them well. But why, we asked – very politely – , having escaped from the supranational tyranny of Communism, were they so keen to place themselves under a new foreign overlord, the bureaucratic dictatorship of the European Union?

We did not get much of an answer on this until, in passing, I mentioned that Germany had not at that time officially confirmed its acceptance of the Oder-Neisse border between the two countries although it had pledged not to try to alter it by force. This provoked an answer from an impressive gentleman who spoke excellent English. I later learned that he was a retired General.

He began “We did not decide our own borders…” It became clear that at least one school of Polish opinion regarded EU membership as a sort of additional insurance policy against being again wiped from the political map by rivalries between the great powers.

The leader of the Polish delegation did not speak English. It happened that I was standing next to the charming lady interpreter. He gave rather a flowery final address which we politely applauded. As that was dying away, the interpreter said quietly to me “But remember – he is politician!”

This map shows how Polish territory has varied since it reappeared in 1918. The pink area is that of the present Polish state. The grey area to the East was seized by Stalin and present day Poland was given a shove to the West by the award of German territory to the West and North of the former 1939 frontier.

The expulsion of the German population from these areas was conducted with great severity. So it was not surprising that German politicians of the post war era, backed by those expelled and their descendants, should look forward to a day when “in the course of a general European settlement” they might return and reclaim their confiscated property. To a large extent, the EU placed these issues on the “back burner” but they haven’t entirely gone away.

So Poland’s determination to defend its Eastern frontier against incursion by mostly Muslim migrants on its border with Belorussia serves several purposes.

* It demonstrates Poland’s determination to defend its border which is also the external border of the EU.

* To the Polish people, it underlines their government’s refusal to accept Muslim migrants – which the EU wanted to foist on them . This is part of Europe where the invading hordes of the Ottoman Empire were repulsed at the siege of Vienna (1683) by massive deployment of Polish cavalry. The same sentiment holds true in other EU member states of the area with similar history.

* To German politicians, it indicates that they need not fear the sort of mass immigration from the Polish direction, so recklessly promoted by Angela Merkel.

* To the Americans, it confirms Poland’s stance as a loyal member of the Western alliance.

These are all perfectly reasonable considerations for Polish diplomacy and I am sure that most British people will approve of the despatch of British forces to assist the determined Polish effort and to learn from their methods.

They will probably hope that lessons learned may be applied to the different circumstances of our own similar cross-channel influx of uninvited migrants. I believe the Polish Defence Minister is in charge of their arrangments. Perhaps we should seek his advice. I doubt whether the Poles would have much use for Priti Patel !

The Polish government and its supporters are engaged in a struggle to reassert national sovereignty in their affairs against the Diktat of the EU. Unlike us, they do not have twenty miles of clear water between themselves and other EU states, so do not suffer from the delusion that they can “just walk away”. They fight with a detailed knowledge of EU structures and procedures.

Poland has done very well out of the EU and such opinion polls as we have seen seem, on the face of it, contradictory. A majority wants to stay in the EU but a very determined body of opinion wants to put the EU into its proper place – rather as General De Gaulle wanted to make it into a “Europe des Patries” – of freely cooperating sovereign states. We can only wish them well in this – in tune with the fierce determination expressed in their stirring national anthem.

With thanks to Briefings for Britain... 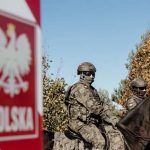