The news that an agreement has been reached between our negotiating team and the European Union has been trumpeted as a “breakthrough” by the mainstream media.

The text of the joint report is available here and on reading it through, you will note that it amounts to nothing more than a statement of intent – an agreement to have an agreement. Nothing is set in stone, even assuming that the European Council will be happy with the document. Most importantly, however, it should enable the Brexit negotiations to move on to the important area of trade talks in the New Year.

Let’s have a quick recap:- In order to move on to “Phase 2” of the talks, the EU was not insisting on a deal on the three points it insisted needed to be discussed first – namely the rights of EU citizens living in the EU, the divorce bill and the Irish Border issue, merely that “sufficient progress” needed to have been made on these issues and Jean-Claude Juncker has decided that such a point has indeed been reached.

The document is distinctly lacking in detail. No exact figure for the divorce bill is mentioned. In broad terms, we will honour our commitments up to the end of the EU’s seven-year budget in 2020 and our shareholding in the European Central Bank will be reimbursed on withdrawal. The options for voluntary participation in certain EU projects have been left open. No surprises here. Reports elsewhere suggest a figure of £35 to £39 million – considerably lower than the EU’s initial demands.

Neither is there anything unexpected in the wording of the section on EU citizens’ rights.  There remains some ambiguity over the “extraterritoriality” issue – in other words, that EU citizens resident in the UK being subject to the EU law (including the European Court of Justice) and not to UK law. The document contains a rather vague statement that , “UK courts shall therefore have due regard to relevant decisions of the CJEU after the specified date.” {i.e., withdrawal} but Jean-Claude Juncker’s understanding of the wording is rather disturbing. He said that, “For EU citizens, the ECJ will still be competent.” Mrs May, on the other hand. said that EU citizens living in the UK will have their rights enshrined in UK law and enforced by British courts”

On the Irish Border issue, the relevant paragraphs are particularly interesting, given that the final text would have been approved by the Democratic Unionist Party. This is what they say:-

“The United Kingdom remains committed to protecting North-South cooperation and to its guarantee of avoiding a hard border. Any future arrangements must be compatible with these overarching requirements. The United Kingdom’s intention is to achieve these objectives through the overall EU-UK relationship. Should this not be possible, the United Kingdom will propose specific solutions to address the unique circumstances of the island of Ireland. In the absence of agreed solutions, the United Kingdom will maintain full alignment with those rules of the Internal Market and the Customs Union which, now or in the future, support North-South cooperation, the all-island economy and the protection of the 1998 Agreement.

In summary, the ball is in the court of the UK negotiators to come up with a specific solution to the Irish border problem which enables cross-border trade to continue seamlessly but without Northern Ireland ending up subject to a different set of regulations as the rest of the UK. Feargal Cochrane, an academic at the Univeristy of Kent, described the wording as “more constructive ambiguity” – a fair assessment.

Thankfully, everyone has recognised that the nature of future trade with the Irish Republic  cannot be separated from the wider issue of a future UK/EU trade deal. This recognition does not, however, make the agreement of such a deal any easier – as the challenges ahead if all the relevant parties are to sign off a bespoke deal in time for it to come into force by the end of March 2019 are immense.  The main benefit of the agreement reached this morning is that the many obstacles ahead of our negotiators, including the unacceptability of any transitional arrangement on the terms Mrs May is rumoured to be considering will come to the surface sooner rather than later.

In conclusion, this agreement has removed one obstacle in the talks and for this, we must be grateful. It is only one small step, however. “Nothing is agreed until everything is agreed,” says the first page of the text. Arlene Foster of the DUP has warned Mrs May that Conservative backbenchers are likely to be unhappy with some aspects of the joint report, particularly  over the extraterritorialty issue and any restrictions on our ability to adopt an independent trade policy on Brexit.

At least for now, however, things can move on with any thought of a separate status for Northern Ireland now consigned to the dustbin for which we must be thankful, especially given the  demands for special treatment for Scotland and possibly Wales which could have followed.  There is, however, a long, long way still to go and fierce opposition to any plan to keep us more or less in the EU for a two-year transitional  period will soon be manifesting itself.

“We still have a lot of work to do; the joint report is not the withdrawal agreement,” said Jean-Claude Juncker. One does not often find oneself in agreement with the President of the European Commission, but on this occasion, he never spoke a truer word. 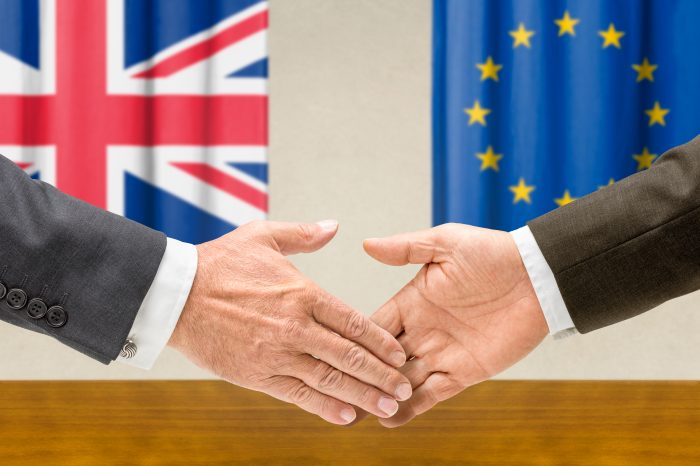 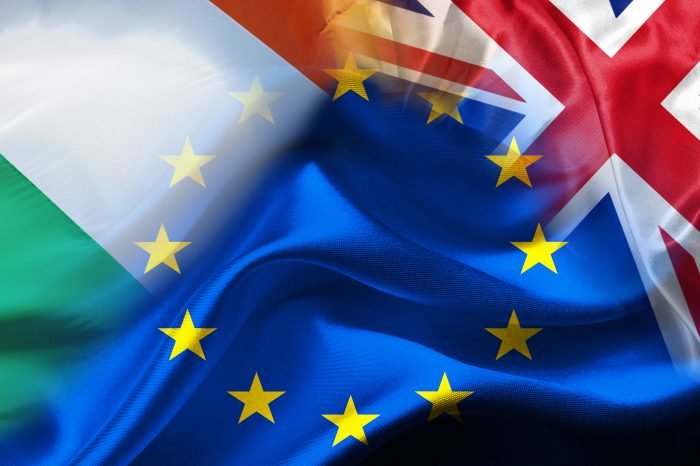 The man who could blow up the EU

One reads this and that report. The true overall analysis is yet to be defined. Very frightening is the BBC statement, “The ECJ will continue to play a role because the agreement says UK Courts will have to pay ‘due regard’ to its decisions on an indefinite basis.” On an indefinite basis !!!

Indeed we are being betrayed big time! Having a foreign court having jurisdiction over foreign EU citizens in our country is akin to allowing an occupation of the national territory and could mean that those who commit crime here are effectively immune and commit further ones with the EU courts backing them up! Needless to say, proposals such as this one are WHOLLY UNACCEPTABLE and not keeping in spirit with the vote to withdraw on June 23rd 2016. Simply put, Maybe is about as much use as as a chocolate fireguard and couldn’t organise a piss-up in a brewery! SHE HAS TO GO!

As was their EXPLICIT aim RIGHT FROM THE BEGINNING. Why else install a REMAINER in Mrs Maybe without having a proper leadership election? All this issue in recent years has EVER been about (and certainly the REAL PURPOSE of calling an In/Out referendum was done with this in mind) was to play immature electoral games with a serious matter and to get rid of UKIP as a rival for their voters.

Hopefully, we will yet see a clearer picture of what this ‘deal’ will actually involve and mean over the weekend from folk such as Christopher Booker.

Get Britain Out Campaign have issued a statement ‘A Breakthrough in Brexit Talks, But is it Good News ?” The final committee stage of the Bill will take place on the 20 December. They will send out a special e-mail update, with the suggestion how you can pressure your MP into backing a real Brexit.

The European Commission has confirmed our assessment that Friday’s announcement is no more than a declaration of intent:-

Brussels, 8.12.2017 COM(2017) 784 final COMMUNICATION FROM THE COMMISSION TO THE EUROPEAN COUNCIL (ARTICLE 50) on the state of progress of the negotiations with the United Kingdom under Article 50 of the Treaty on European Union

This ‘specified date’ should be the date of the United Kingdom’s withdrawal from the Union, without prejudice to discussions, in the second phase of the negotiations, on a possible transitional period and on appropriate adaptations flowing from it as regards the “specified date”. In the Commission’s view, in case of any transitional period implying the continued application of the Union’s acquis on the fundamental freedoms, it is clear that citizens would need to be fully entitled to their rights to free movement as before the United Kingdom’s withdrawal, and that, therefore, the provisions of the Withdrawal Agreement on the content of citizens’ rights and on governance as regards those rights can only become applicable at the end of such transitional period. In other words, in such case, the ‘specified date’ should, in the Commission’s view, be defined not as the date of the United Kingdom’s withdrawal, but as that of the end of the transitional period.

Breakthrough? Or more smoke and mirrors, to keep us in and coughing up hard cash for as long as possible. Rees-Mogg, Bone, Cash, and Gerard Batten have made it clear that the whole thing is very simple. We leave, then ask if they want to trade, in the market they have taken by stealth over 44 years.