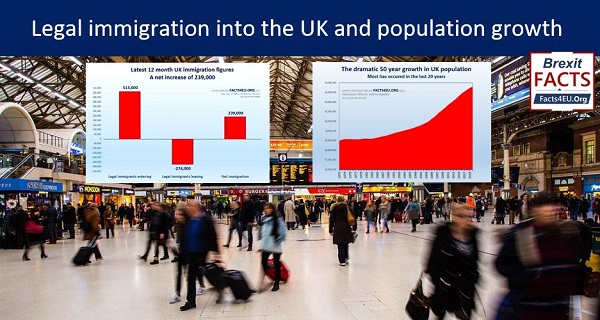 In the 1970s, prior to the United Kingdom joining the ‘Common Market’ or ‘EEC’, population growth was relatively flat. It then started rising, and took off after former Prime Minister Tony Blair came to power in 1997.

The annual increases became dramatic following the enlargement of the EU in 2004, when Mr Blair allowed unlimited immigration from the new (and much poorer) countries from Eastern Europe who joined the bloc that year. Immigration then took off again in 2007, when Romania and Bulgaria joined. The UK was one of the very few EU members to grant citizens from those countries immediate entry.

Legal immigration into the UK and population growth

1. Legal immigration into the UK 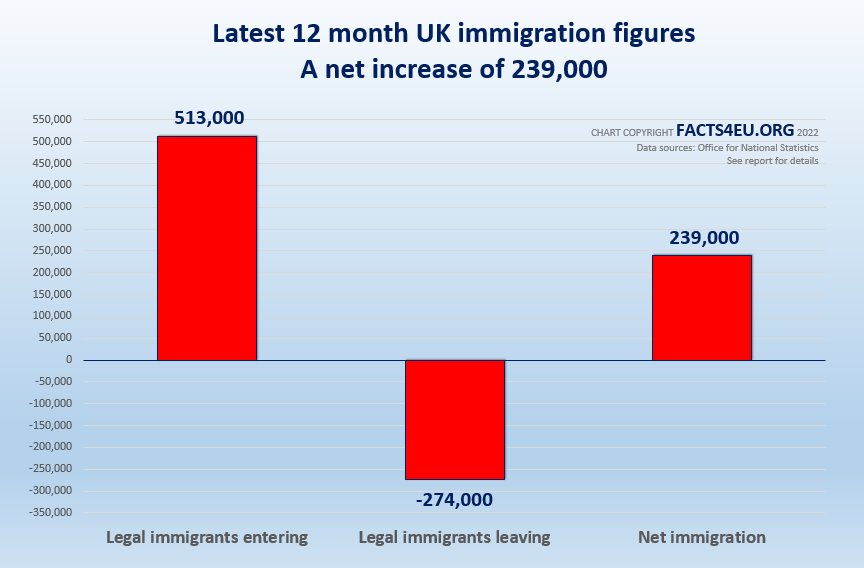 [Source: Office for National Statistics, May 2022.]

2. How much has the UK’s population grown in the last 50 years?

Putting aside our usual caveats that neither the Office for National Statistics nor the Government really has a clue about the numbers of people actually in the United Kingdom, below we present the latest official figures on population growth. 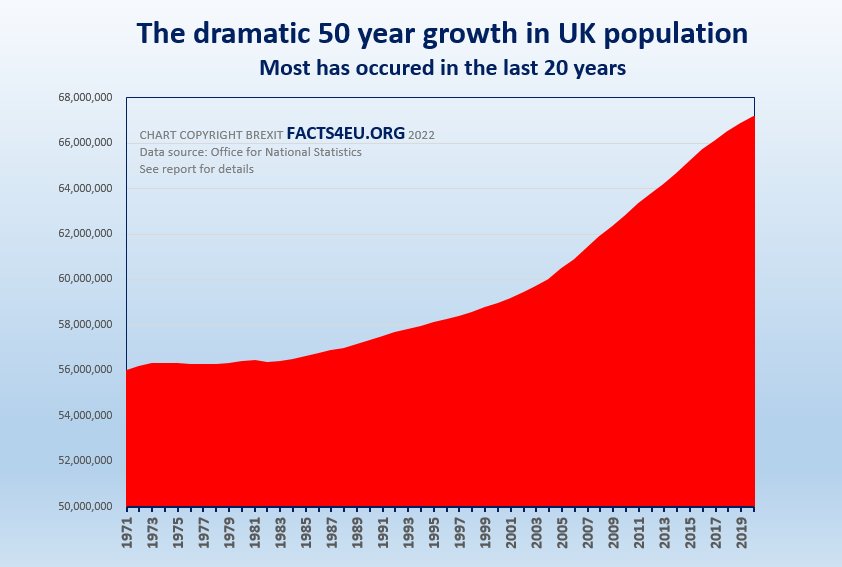 Finally, what percentage of the UK population is still British?

London continued to be the region with the largest estimated proportion of non-UK-born (37%) and non-British (21%) population.

For the original version of this article, click here: https://facts4eu.org/news/2022_aug_immigration_and_population 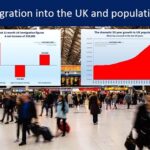