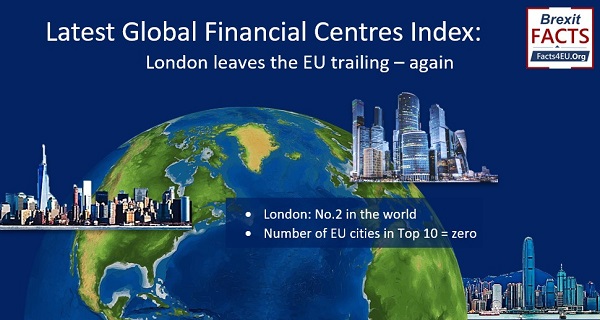 Independent global survey puts London No.1 in Europe and No.2 in the World

Why let facts get in the way of a good horror story? Some of the British media flocked to report the words of NatWest Chairman Howard Davies at the weekend, claiming the death of the City was – thanks to Brexit – just around the corner.

Unfortunately a highly-respected survey of over 100 global cities found a different story.

As ever, we are able to give you the news that is rarely seen in our mainstream media. 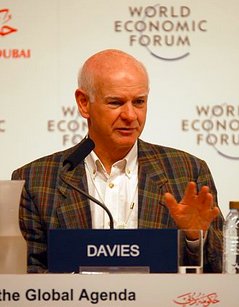 Despite this continued success, the arch-Rejoiner Chairman of NatWest talked down Brexit Britain

“I am quite pessimistic actually. Brexit was a significant mistake.“You don’t solve the problems of the left-behind by damaging the one area of the country that’s been writing the cheques. London is paying large amounts of tax and will be damaged by Brexit over time.”

Here are the ‘Also rans’ from the EU

In the secondary Index, London also beat its continental rivals to retain its crown as Europe’s most technologically advanced city.

The Smart Cities Index placed London as European leader due to the capital’s infrastructure, deep and highly-skilled talent pool, and widespread adoption of new technology. All of this led to it keeping its top spot in Europe.

Non-EU Zurich was London’s closest competitor in Europe, followed by the EU’s Copenhagen, which finished fifth. 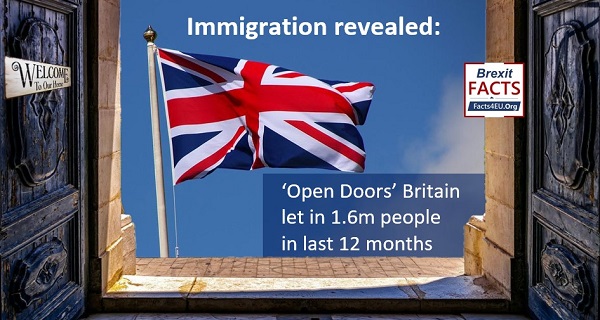 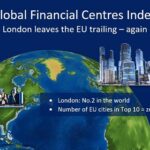