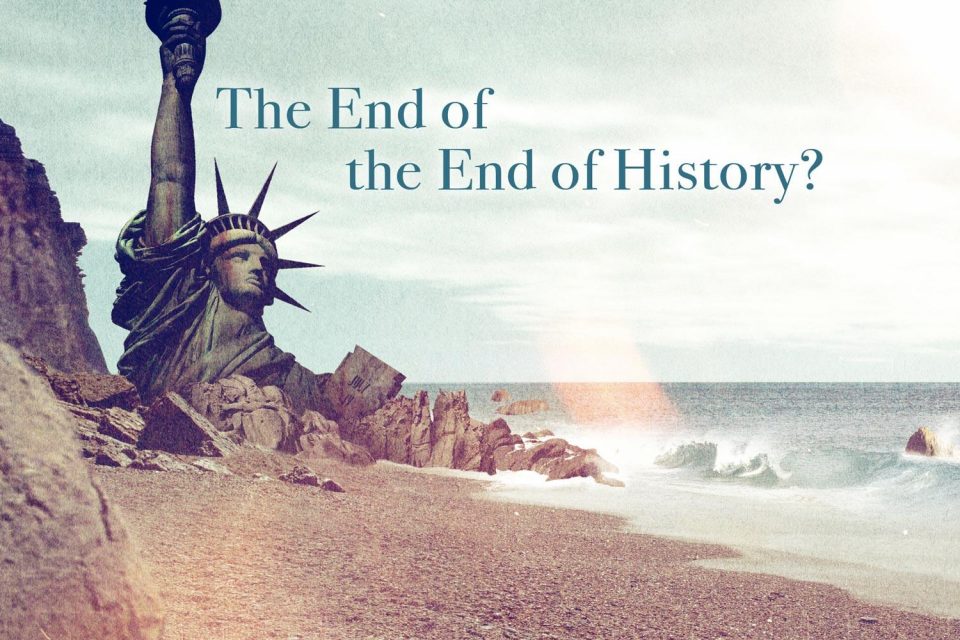 A personal view by Edward Spalton

Francis Fukuyama argued that the collapse of the Soviet Union, the end of the Cold War and ascendancy of Western liberal democracy “marked not just… the passing of a particular period of post war history, but the end of history as such. That is the end point of mankind’s ideological evolution and the universalisation of Western liberal democracy as the final form of human government” (https://www.jstor.org/stable/24027184).

Whilst Fukuyama’s thought was much more subtle and nuanced than this quotation suggests, it was taken by many gung-ho Americans to mark the beginning of the “American Century” with the United States as the one great world power which would set and enforce this pattern for the whole world. However, Fukuyama also wrote –

“I believe that the European Union more accurately reflects what the world will look like at the end of history than the contemporary United States. The EU’s attempt to transcend sovereignty ….by establishing a transnational rule of law is much more in line with the “post historical” world than the Americans’ continuing belief in God, national sovereignty and their military”. British Eurosceptic would be surprised that anyone considered the EU to be an example of a democratic institution, as it was specifically designed to be immune to deflection from its course by popular opinion.

With the precipitate retreat of the United States from Afghanistan, those traditional American beliefs have taken a hard knock too, along with the largely deluded British belief in a “special relationship” with America. President Biden did not bother to warn his allies of the timing of his retreat. The supposedly irrational President Trump had been persuaded to stay his hand for a while but the stubborn geriatric Biden just did it, precipitating the collapse of the Afghan army by withdrawing the maintenance contractors who kept their air force flying – also without notice to them. This behaviour will make potential allies very wary of joining any future proposed operations with American leadership or participation.

One of the most telling images I saw, as the Soviet forces withdrew in 1988/89, , was of Mujahideen fighters crossing the Amu Darya river from Afghanistan into Soviet territory. They were not using motor boats or landing craft but paddling makeshift rafts, kept afloat with inflated animal skins. The fighters in their traditional dress looked a bit like extras from a rather shabby production of Aladdin or Kismet – but this was the force which had defeated the mighty Soviet army and they were going after it, taking their creed with them. To me it was a token that the “war of civilisations” was still very much on.

They had been able to achieve their victory because of lavish supplies of arms, equipment and resources from the USA and other Western powers, added to their undoubted fighting skills, knowledge of home territory and bravery. Their cause had also attracted fellow fundamentalists from all parts of the Muslim world.

The Americans appear not to have considered the likely future consequences of having called such a force into being. Within a few years some of the leaders, who had once been feted in Washington, would be plotting attacks against the non-Muslim world. Known in Afghanistan as the Taliban, they would provide hospitality and training bases for fundamentalist terror groups with long reach and global ambition.

It was to deal with these that the 2001 US/Western invasion of Afghanistan was planned.

That was the sort of thing which the British Empire achieved in the Second Afghan war (1878-80). Some Afghan territory was taken into the North West Frontier Province of what is now Pakistan and an amenable ruler was installed in Kabul who would respond to British subsidies and pressure to avoid falling under Russian influence and agree not to open the “gateway to India” to them. But this was all achieved by low key diplomacy after victory. There was no ambition to annexe Afghanistan to the British Empire or to carry out “nation building” there. The Afghans would be left to settle their own internal affairs amongst themselves in their own way.

The victor of that war, Field Marshal the Lord Roberts of Kandahar, expressed it thus “.. I feel sure I that I am right when I say that the less the Afghans see of us, the less they will dislike us. Should Russia in future years attempt to conquer Afghanistan or invade India through it, we should have a better chance of attach Afghans to our interest if we avoid all interference with them in the meantime..” This was at the height of British imperial power. How realistic and different from the intrusive liberal Western bossiness of our day which has led to the deaths of so many people and the present humiliating defeat. This is not to decry the good intentions of some, who hoped to use the occupation to bring real progress to Afghanistan but the country is a series of relatively small urban islands of modernity, surrounded by mountain ranges of diverse tribal traditions and loyalties with very low levels of literacy.

The emergency parliamentary debate showed varying responses, including quite understandable anger, grief and disappointment by those who had served in the forces in Afghanistan. Theresa May and others wished for a different alliance of powers which could replace the contribution made by the USA. That seems to be cloud cuckoo land – to expect to find another power which could stump up the sort of money that the Americans have pumped into this project – let alone future casualties which might be expected. It is right to make provision for those Afghans whose service to British forces might be expected make them targets for victor’s revenge – but the frequent demands from many MPs for unrestricted immigration from Afghanistan were on a par with Frau Merkel’s ill-judged opening of Germany to mass migration, something which we simply could not accommodate. It sent entirely the wrong message to the world – in particular to Afghans.

Those of us who grew up in the post war years were grateful to NATO and the USA for the shield it provided against the ambitions of the Soviet Union but most people did not notice how, following the collapse of the USSR, Blair and Clinton changed NATO’s purpose from a very successful, purely defensive alliance of sovereign states to an aggressive entity, claiming the right to “humanitarian interventions” anywhere in the wider world. The first and, so far, most successful of these was in Yugoslavia although the situation remains unstable and shaky.

The rest – from Iraq to Afghanistan to Libya, to the proxy wars in Ukraine and Syria have been notable failures. Their principal effect has been to set large migrations of mostly Muslim peoples on the road to European countries.

So Parliament resumes its sitting, in a new world where comfortable old assumptions have disappeared and unpleasant realities can no longer be concealed. The EU has offered some variation to the arrangements for Northern Ireland, which Boris Johnson signed up to, having assured us all that it was an “oven ready” deal. Angela Merkel still stalks the corridors of power on her positively final performance, urging conciliation in the dispute with Poland over the sovereignty of the Polish courts. But the German parties have not yet decided on her successor. America will never again be regarded as quite the sure and certain friend we once thought it to be – although we will continue to to have many common interests both with the USA and European powers. They need to be approached with hard-headed realism as the march of history continues. In the meantime Russia is conducting large scale military exercises in Tajikistan to dissuade any would-be Jihadi warriors from crossing the Afghan border again – only this time they would be likely to have much more up-to-date equipment from the vast store which the Americans abandoned. 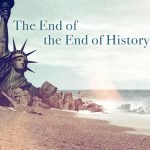